About the Representative Plaintiffs: Their Stories, Their Words

Content warning: Some of the stories below describe emotional, physical and/or sexual abuse.

In March, when we gathered together to announce the news of a settlement for survivors of Federal Indian Day Schools, someone very important was missing.  Garry McLean. This man, who we all called “Sunny Boy” for his contagious smile and joy, spent the last decade of his life fighting for justice for IDS survivors. While we lost Garry just weeks before the announcement, there is no question that the settlement, which bears his name, is infused with his spirit .

If Garry were with us today, he could tell you what it took to achieve this milestone. He could tell you about the dark hours when it seemed like the case would never move forward, when we all felt abandoned. And yet, he would focus more on the positives such as when he finally connected with our current Class Counsel, Bob Winogron and Jeremy Bouchard – in Garry’s words “I finally felt the momentum and progress needed for this case.”  We feel the very same momentum and progress. 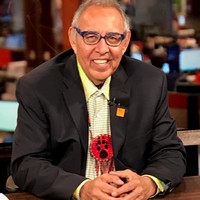 It is with deep sadness that we share the untimely death of our good friend, Garry McLean, who served as the lead plaintiff in this case since its inception. Garry was a fierce advocate for Indian Day School Survivors and their families. He was tireless on their behalf. Even in last few days, he remained engaged in the case and pushed for its progress.

We remain committed to helping Indian Day School survivors achieve justice for the harms they experienced. Garry has taught us much about this work being carried forward to resolution and reconciliation. We will miss his support, friendship, grace and gentle humour. Below is his story in his words.

“I was legally required at the age of seven to attend Dog Creek Day School at Lake Manitoba First Nation from 1957 to 1965 as per the Indian Act. My experience at Dog Creek Day School involved, but was not limited to being subjected to emotional, mental, physical and sexual abuse. I did not know how to speak English when I first started school. I was discouraged from speaking my native language, Saulteaux. If I spoke my native language in school, I was forced to kneel, face the comer of the classroom and repeat words which I later realized were prayers. I was forced to do this for lengthy periods of time as punishment and many times my mouth was washed with Sunlight soap. If I moved from the corner, I would be strapped. I was also repeatedly sexually abused by a nun while attending Dog Creek Day School.”

“I was six years old when I attended the Congway School. I was excited and happy on the first day of school because I would meet new friends. My excitement turned to fear because the teacher was very strict and very mean to the children. From that day on, each school day, I would dread going to school because I feared the teacher. I was repeatedly physically abused. She would hit us with a ruler if we were not sitting properly or if she did not like the way we looked or spoke. We were punished if we spoke Algonquin. We were called “savages”. She constantly told me I was lazy and would not amount to anything good. I felt helpless and the fear walked with me for a long time. I want the world to know the abuse suffered by First Nation children in the Canadian government’s ‘school’ system. First Nation children and Inuit children experienced hardships in government run day schools, our truths must be told. No child should experience suffering and pain because of the color of their skin or culture.” 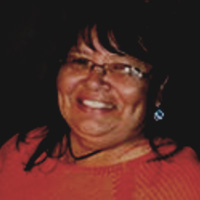 “I was five or six years old when I began attending Tsartlip Indian Day School in Brentwood Bay, British Columbia from 1964 to 1967. My experience at Tsartlip involved but was not limited to being subjected to physical abuse on a daily basis by the nuns and other students.

I was hit, choked with a spoon, dragged by my hair, and was swung side to side into a concrete wall by a nun until I was knocked unconscious. I was also subjected to emotional abuse on a daily basis by the nuns and other students. I recall being locked in closets; was denied food and the use of the bathroom, so I would end up soiling myself. I was constantly called names such as heathen, savage, evil, bloody little Indian rainmaker and idiot. I was also made to witness other students being abused.” 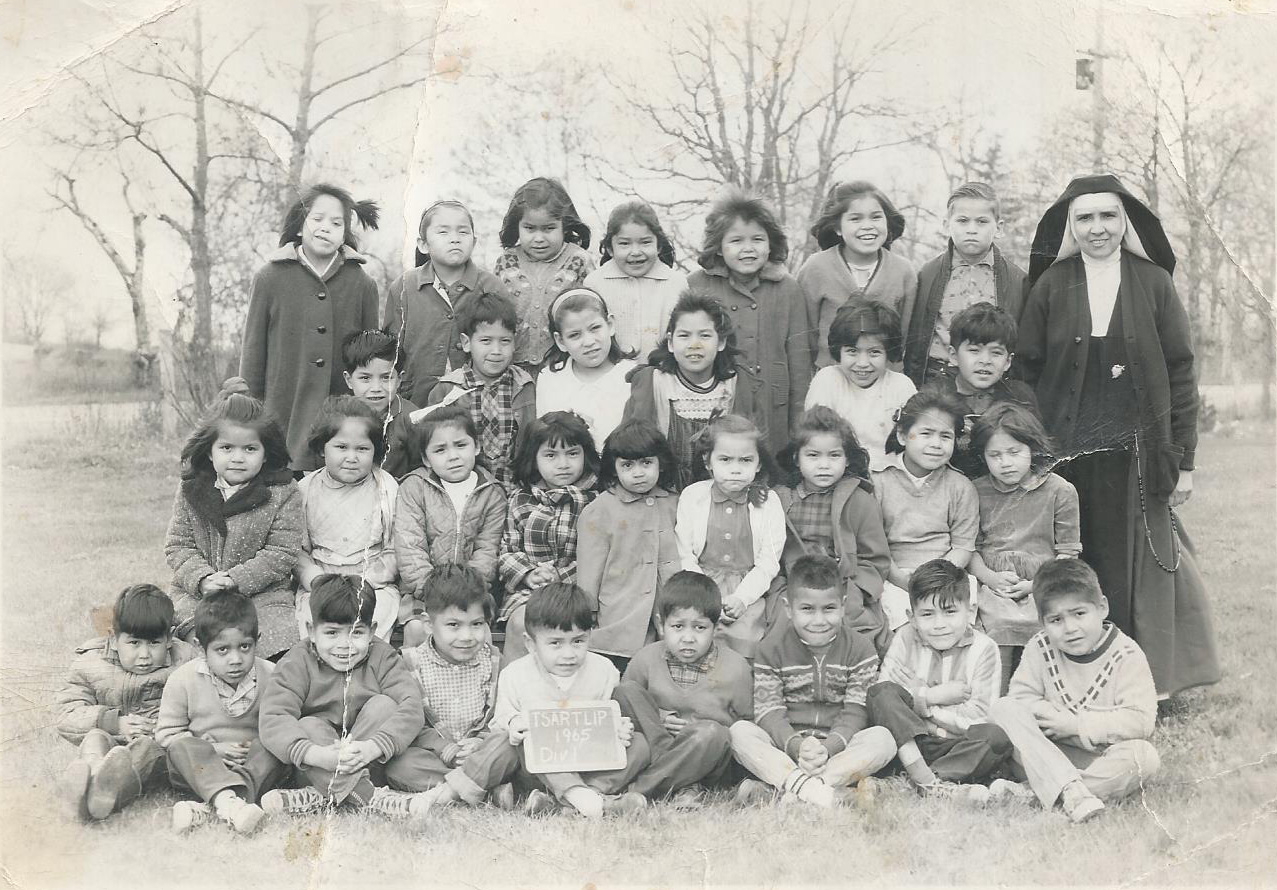 This is Angela’s Grade 1 photo from Tsarlip Indian Day School. She is the little girl wearing the plaid jacket, second row from the bottom, fourth from the left. 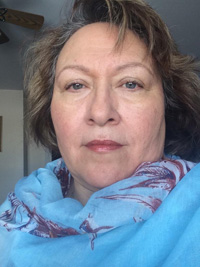 “My father had attended Federally Operated Indian Day School in the late 1930s where he experienced severe physical and sexual abuse. The abuse affected my family and myself. I did not endure the same pain and trauma as my father, but in turn, I denied myself my Anishinabe identity. This came with stories of the abuse, pain and hatred that I heard growing up, so I did not want to be hated. Some days, I did not want my son to go to school because of my experience. However, I survived and later in life, I regained back who I am. Today, I am proud to an Anishinabekwe with my Mother Tongue here on my ancestral land. Now, I bring my knowledge of my language and culture back to my people. I am a warrior for them and I use the ‘Best Words’ that I have in me.”

Need to Talk? Contact the
Hope for Wellness Hotline